Today in Language Arts we are writing about  what role we would be in our class. I think I would be motivation because I like to help.

I like to help because my family tells me that helping is the best thing to do. Motivation is where you help get a person excited to move on. For Example, Bobby Was tired of running his laps for football and his friend told you got this and that made Bobby happy.

If my role wasn’t a thing we wouldn’t have as many people wanting to do anything.

Thanks for and thanks for giving up your time.

In my Language Arts class we have to write about are hobby. My hobby is hunting. Hunting can be fun and hunting can be boring. I am going to put up a pictures and you tell me what would you rather see.

If I think what you rather see is the one on the left. Well that is once in a life time chance so don’t blow it. How to tell when you blew it. They will make a blow sound and will raise there tail and run off. How to tell when there about to move. There tail will flicker. Like that except that is a decoy if you don’t no what a decoy is than it is a representation of a real life deer. Just like a manikin. If you have a gun or bow you shoot the deer in the heart, lung, or liver.

Thank you for learning about my hobby. Recommend it to someone. 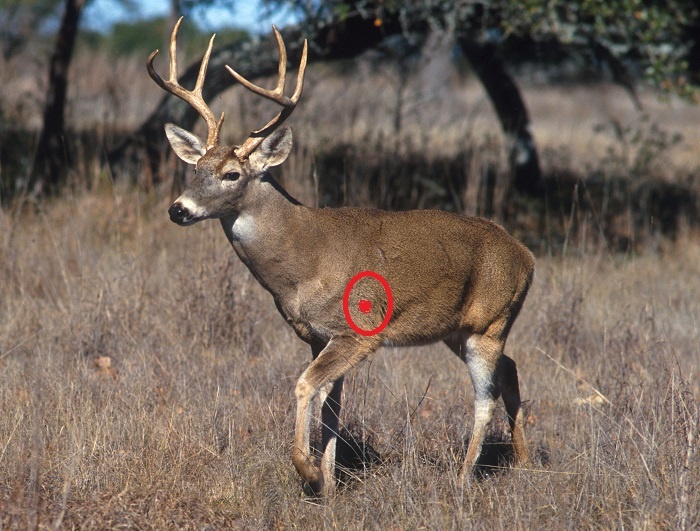 The Worst Day Ever

So Much Fun
No School

Games Can Be Hard

The Coolest Is Language Arts
Can be cool

Stuff Under Your Pants

I Was So Happy When I shot My First Squirrel

When I grow Up I Want To Have A Good Life

My Mom Only Knew That Her Friend Broke Her Hand

That I Hurt My Ankle

The Color Green Is My Favorite

I Hate It When Some One Lies

I Love When My Mom Says Good Job

If I Was In Charge I Would Have Longer Weekends

I Wish I Was Rich

Ghost Are Not Real

That One Girl Is Mean

Smiles Can Make You Happy

Green Is A Color

Laugh Til I Cry

The Weekend Is Nice

When I’m 30 I see myself as a taxidermist  hopefully. I see myself back in the woods with my family I will want a boy and girl. Hopefully they are in the stuff that I’m into and enjoy it. I don’t want a Lamborghini, Ferrari, or a Bugatti. I want a a 1986 Ford F-150 that is lifted and a 1995 Jeep Grand Cherokee lifted.

I know that taxiderming takes patience but I think I can do it. The reason why I want to do it is because I think it would be neat not have to pay $300 – $500 dollars to get an average deer head mount. Plus some tax. But I can get a good profit because the form (Mannikins) can cost from $77.60 – $82.85 which is for a deer looking straight ahead. The website for that is right there. http://www.mckenziesp.com/Meder-Upright-Whitetail-with-Eyes-C808.aspx

The house I want is a log cabin with woods surrounding it. I also want a RZR Polaris 1000. There like the size of a golf cart but with major speed. The log cabin will be like a hunting camp. Deer heads on the wall and some other mounts like turkey, fox, fish, coon, Pheasant, squirrel, and mink If you don’t know what a mink is it is like weasel. They are all going to be animals my family killed or I did myself. For a full body mount on a deer will be $473.15.

That’s where I see myself when I’m 30. Hope you enjoyed

Today I am reading Shadow by Michael Morpurgo also he wrote War Horse. I will be writing about the tone in it. I just started the book so I can guest the tone. I would recommenced it if you did like war horse.

The tone in my book is a calm and excited. Matt (main character) is excited because he had a friend from Afghanistan and his name is Aman and he went to jail with his mom because they were from  Afghanistan and they are going to get shipped back and he is going to go see them. and if Matt tries to ask about Afghanistan he wont talk about it.

The way he is calm is he is talking to his grandpa. They are talking about this tree that they planted and it is a cherry tree. the reason why they planted it was that his grandpa love the white blossom.

That’s the tome in my book again it is Shadow by  Michael Morpurgo. I hope you enjoyed the book if you read it. Tell me what you thought on the book. So far it is a good book the book it isn’t a long book. But I defiantly recommend it to anyone who likes war books.

There is a video on http://www.thereadingworkshop.com/search?q=if+you+were+in+this+video and it’s a good video because it shows a act of kindness and I really respect that because that older and athletes don’t always have to make fun of disabled kids.

The kids always liked basketball ever since he was a kid. Like the title says the opposing (opposite) team gave the kid the ball and he scored but not every time he scored his team mates gave him the ball some times but it would go out of bounds, over shot, or not enough power.

The kid that gave him the ball applies to the golden rule treat people the way you want to be treated. That video proves it because in a basketball game or football game you don’t give the other team the ball. You want to win but he showed that you can be nice to every one and that no matter what problems they have. Treat them the same way because we are all the same and we all bleed red blood.

The coach must be really cool because he let the kid play and that was going to give up a lost. I hope that you watch that video and talk about it.

Here is the reasons why I want a phone. I can use it for my step brother. I can communicate with him because he thinks if I call on my step dad’s phone then he might not answer so if I’m on his phone. Also I want football gear. The reasons why I want football gear is because I want to play football. I’ve always wanted to play football because it looks like a fun sport. I want cleats, gloves, and socks.

Santa that is what I want for Christmas. Hopefully you read this and I get it. Thank you for doing what you do for all the kids around the world.

This post is about Fall the season. There are so many reasons why I like Fall. Some of the reasons are I can do things I like. If you think hunting and trapping is cruel you thought to hard about it.

The reasons why I like Fall is because I can go deer hunting. Deer hunting is one of my favorite things to do. You can hear them from a mile away. Also I like it because it is pretty outside with all the leaves are off. Plus that’s when you get fresh corn and all the corn starts to come down. The time is around Halloween. It also around Christmas and trapping. That is about when football is about over.

I hope you enjoyed and please don’t over think killing animals it’s what some people do for food and clothing so just think of it that way.

I’m reading a amazing book series by Roland Smith. The series is called I,Q. It is about a mom and a dad getting married. They both are rock stars with kids. But that is beside the point. The kids names are Quest aka Q and Angela. I will talk about how Q and I are similar. It is kinda spy then action it is a good book for all readers.

The very first book I,Q Independence Hall is about Q and Angela getting to know each other. Q was a little nervous to talk But after awhile they became friends. Q Is a like a 12 year old kid. He likes to explore. You can tell no one else is like him because he is a kid that wants to get into something.

The way he acts is like a grown up doesn’t really goof around but sometimes he will. One time in the book there was a serious crash and instead of screaming and messing around he acts like an adult and stays quiet.

The way Q feels like is not really emotional. The reason I know that is because he never really cries. In one part of the book he saw a crash an instead of crying he stays calm and says,”Probably just want attention.”

Q and I are kinda similar by he has a stepdad and I have a stepdad, Brian. He probably loves him like I love my stepdad. Another way we are similar is he has a step sister like me. They are friend’s like me and my stepsister, Brooke. When he started to talk he was scared that they weren’t going to be friends same with me I was scared to talk because I didn’t know for sure that she was going to like me.

If I was Q the story wouldn’t be much more different from what it is. Except I would be more emotional and be more childdish in a serious moment like that crash. Also when Boone showed Q something that made him sad I would of cried.

That is my story about my book and that is only book one so if that interested you than the book is in the Salt Creek library. Again it is a spy and action book. Also it is I,Q Independence Hall the first one by Roland Smith. It is a good series to get into and it’s good for everyone. Hope you read this series and tell me how you liked it. I hope you enjoyed my letter and liked it and recommend it to people.